By Joseph Bradley for CCN.LA

With the recent release of the “Panama Papers,” the activity of the law firmMossack Fonseca came into the public view in a bold way. In a recent PBS Op-Ed Yale University lecturer Vikram Mansharamani discusses the Papers and the what the future of privacy may look like. 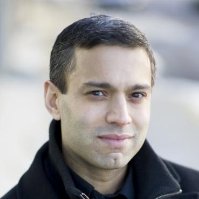 Of course, the super rich use a variety of tax loopholes and shields to protect their assets, but with the release of the Panama Papers this revelation somehow seemed a little different. Should one’s access to privacy be defined by their ability to pay for it? There is nothing wrong with privacy unless it leads to purposeful obfuscation to avoid the application of laws. Mansharamani thinks that a leading solution to the privacy issue may found in the utilization of blockchain.

He offers up that blockchain’s architecture, as discussed by Michael Casey at a recent MIT event, will provide the opportunity to add layers of visibility to once cloudy areas of the economic function. Mansharamani notes that Casey purports “that automating trust through public ledgers will streamline business and government transactions, destroying information bottlenecks and improving transparency and efficiency.”

The case of real estate titles is considered. Real estate is one of the most popular for people around the world to build personal equity…that is if you can prove that you actually own the property. As Mansharamani notes, places like Honduras has an unbelievable 60% of its land that is undocumented. Utilizing blockchain would give Honduras the ability to create a registry that is trustless and distributed. The country is currently experimenting with such a system. Ghana too is looking into the technology. This, as the author states, could provide an economic boon and strengthen their burgeoning democracies.

Mansharamani presents another case for transparency in the concept of using blockchain to aid in digital rights management for artists. The system would theoretically use smart contracts. Each artists’ work has a digital signature, when that signature is recognized a payment is triggered. The developers over atEthereum are diligently working on this.

Mansharamani  continues by providing an example within health care. From tamper-proof medical records, a system that Estonia is currently experimenting with, to the support of drug verification programs. The visibility of publicly distributed information on logistics, like the type of information that companies like Wal-Mart horde, could also spur innovation and allow for expedited information exchange and information.

The author then reflects on one of Michael Casey’s most salient points. Although the wide scale utilization of this technology would provide many positive externalities for the masses, do not expect it soon. The issue with this technology is that many institutions feel that it is a little too transparent.